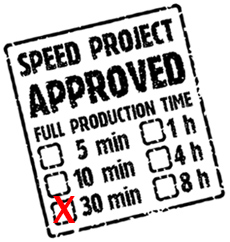 (Thanks to MU, Lindsay Howard and Mike (MADE BY MIKE) Merrington.)

Look at these sick invitations! Fffffatties are arriving from all over the globe to MU in Eindhoven to kick off FAT GOLD Europe! Don’t miss the agenda.

The pixel is not absolute. In fact, it is a metaphor.

The same pixel can appear different, depending on context. It’s transformed by screen calibration, aspect ratio; it looks one way on a phone, another projected, and yet another way on a display. An image’s data is not the same as the light it produces, and so what we see is a version of a copy or a copy which has become an original. Pixels become lost in optimization and computational structure. Their texture, like the texture of a painting, decays with time.

Search results for The Scream

The 1% is a series which attempts to balance complicity and critique of systematic structures, particularly as they are manifested in our financial and electronic worlds. Each piece in the series isolates a single, algorithmically defined point from the highest selling paintings of the last 100 years. This point is converted back into the original dimensions of the painting from which it was inherited. The titles are defined by the paintings’ most recent selling prices, in the millions.

By radically expanding these ultimately subjective points, the series attempts to visually express the elusiveness of art within the public domain. Within the same systems, open source and p2p culture have resisted control, even without conscious intent, their provocation is their distribution.

The paintings, which are the sources and subjects of The 1%, are held by private collectors or museums most outside the publics access and yet the visual representation of these works is ubiquitous online and off. The paintings’ auras have been rendered moot by accessibility, much as the mechanical reproduction of images revolutionized the experience of art in the early 20th century. The difficulty of this is that it is unclear if the value is material, cultural or both. Painting is a classification of medium, whereas Expressionism is a classification of culture. The one is based on materialism, and the other is based on contextual analysis. The 1% attempts to use both methodological avenues to work within a dual distribution model. The 1% will be on partial exhibition as prints at MU, opening Friday. The entire series will be shown next year as a solo exhibition. Torrents are available online for free.